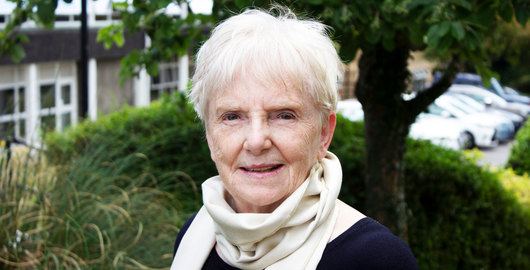 Judi Taylor is a retired UK Marketing Manager.  Judi has been an Export Sales Manager and a MD in her own business.

During the above time both schools (Invicta and Valley Park) have gained Outstanding validation from OfSTED (Valley Park twice).  Valley Park school improved from almost in Special Measures in 2004 to Outstanding in 2010. Governance was also classified as Outstanding in OfSTED inspections of both schools and hopefully the governance support given has helped the schools to reach their current levels of achievement. Also during the above time the number of schools in the Trust has grown from two to the current eight.

Judi is mother of one daughter, one stepson and one stepdaughter. Founding Trustee of Friends of Leeds and Broomfield Churches Charity 1999 to date - £88,000 raised to date. Editor – Church and Village Magazine 2000 to date. Member Parochial Church Council 1995-2000.

Back to Meet Our People

Judi Taylor is a retired UK Marketing Manager. Judi has been an Export Sales Manager and a MD in her own business.

Category: Member
Our Schools
Get Directions

School of Science and Technology Maidstone

Please select a school to view the location.